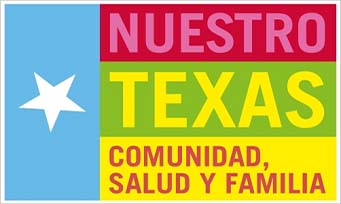 The Nuestro Texas campaign was developed by the Center for Reproductive Rights and National Latina Institute for Reproductive Health in response to severe limitations in access to reproductive health care for low-income and immigrant women in the Lower Rio Grande Valley of Texas. One of the poorest regions in the U.S. and home to a large population of immigrant and U.S.-born Latinos, the Valley has some of the most profound barriers to health care in the country. It also has a highly organized network of powerful women — “Las Poderosas” (“the powerful women”) — fighting for their human right to reproductive health care. Launched in 2013, Nuestro Texas supported the women of the Valley as they demanded local, state, and federal policies that would promote their reproductive health and support them in building strong and healthy families and communities. Although the campaign officially ended in the late spring of 2016, activists in the Valley continue to use the Nuestro Texas strategies, publications, and messaging in their ongoing struggle for better reproductive health care access.

Korwin Consulting used a mixed methods approach to evaluate the structure and strategies of Nuestro Texas. Our analysis included a review of communications and reports related to the goals, development, and implementation of the campaign; interviews with partner and ally organization staff members, policy makers, and human rights experts who have heard the women of the Valley talk about the impact that the lack of health care access had on them and their community; interviews and focus groups with Nuestro Texas activists; and an examination of media coverage of the campaign. In addition to this in-depth evaluation, Korwin Consulting developed a concise case study report making the case for applying an international human rights framework to other progressive grassroots social justice campaigns in the U.S.